PM ZAEV: AT THE BEGINNING OF 2021, THE CONSTRUCTION OF THE INTERCONNECTOR WITH GREECE BEGINS, WE WILL CONNECT TO ALEXANDROUPOLIS 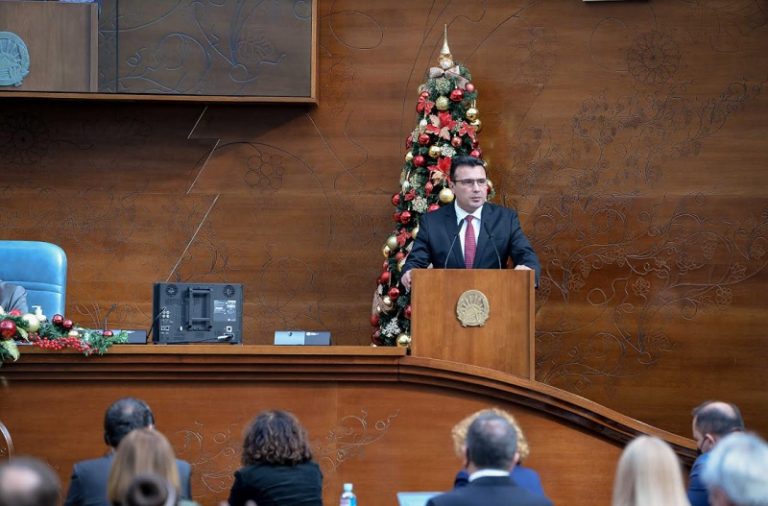 The Prime Minister of North Macedonia, Zoran Zaev, at the session for parliamentary questions in the Parliament, announced that with the adopted Law on GA-MA, the realization of gasification continues at an intensive pace, as one of the most important strategic interests of the country.

“After the adoption of the Law in the Parliament, all citizens are owners of the national gas pipeline, which is a huge benefit for the citizens and for the national opportunities of the country,” said Prime Minister Zaev.

Prime Minister Zaev added that instead of presenting only one source of gas, which for years kept the country in a monopoly position, now the possibility is open for Azerbaijani gas to enter, and for liquefied gas to enter from America, from Qatar, from Turkey.

The construction of the interconnector with Greece, as Prime Minister Zaev said, is a project worth 54 million euros, of which, from the investment framework for the Western Balkans, we have a 14 million euro grant.

“All documentation has been completed, the beginning of 2021 we expect the start of construction of this interconnector, which gives for the first time the opportunity to enter a second, third, fourth, fifth gas source,” said Zaev.

Zaev expressed expectation for a 30 percent reduction in the price of natural gas in the country, which as a cheap and environmentally friendly fuel opens a great environmental and energy opportunity for North Macedonia, the economy and the citizens.

“This also develops the possibility for the construction of gas power plants for electricity production, as well as to zealously follow the country’s environmental agenda, in accordance with the European Green Agenda, ie the rapid transition from coal to environmental reagents for electricity production,” added the Prime Minister. on gasification, at the parliamentary questions session.