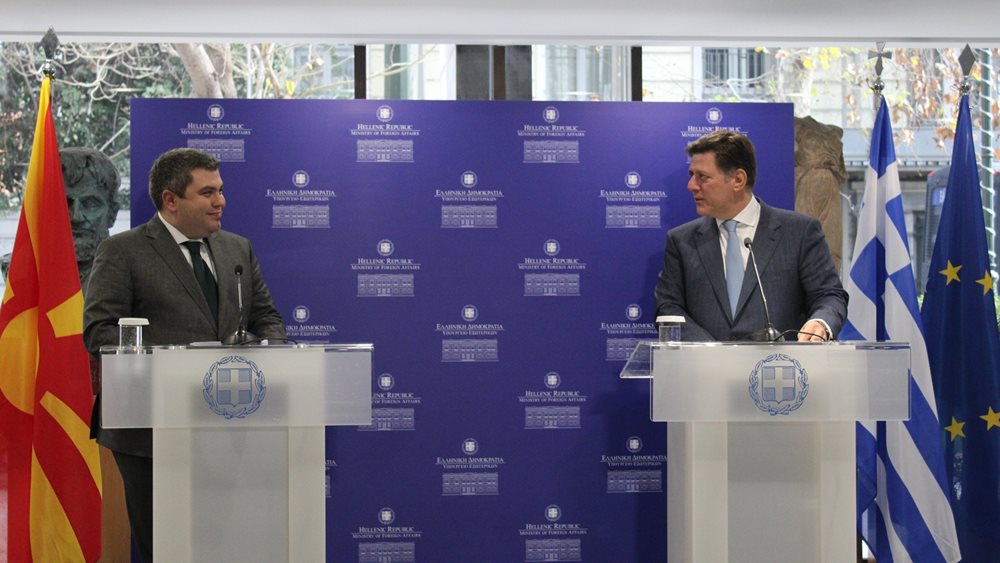 Referring to the European prospects of the Western Balkans, Varvitsiotis said that Greece is committed to “welcoming and supporting the Western Balkans in their course to EU accession,” and pointed out that the EU enlargement process in the area began in 2003 at the Thessaloniki Summit, with Greece “fully committed to supporting this policy.” This enlargement process was even more important now, following the Russian invasion of Ukraine, he added.

“It is important to develop stability in the region in all sectors, particularly in energy, and for this reason we are jointly working for the development of the energy ties between the two countries,” Varvitsiotis underlined.

He said that until now, Greece has supported North Macedonia’s energy needs with the export of lignite coal to help North Macedonia get through this difficult winter. He also added that the two countries should cooperate even more closely on building pipelines and interconnections between them, in order to ensure Southeastern Europe’s energy security.

Finally, he said that Greece wishes to play an even more active role in the EU accession of the Western Balkan region and ensure the possibility of economic growth via the provision of energy connectivity and other investments.

On his part, Maricikj said that Greece supported the countries of the Western Balkans in their EU course and bore a special responsibility because this promise was made 20 years ago in Thessaloniki, while he expressed hope that it will soon be a reality.

He noted that his visit to Athens was another proof of the cultivation of good neighbourly relations between the two countries: “The Prespa Agreement opened a new chapter in our relations and proved that we know how to overcome our differences. We are true friends and partners with open discussions”.